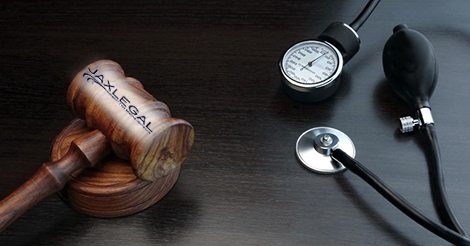 When you seek a doctor’s help, you depend on your physician to give you good advice about your health and medical treatment. For most people, the last thing they expect is to be injured by their own doctor.

Unfortunately, the general public doesn’t have a lot of protection when it comes to telling the good doctors from the bad.

As Jacksonville medical malpractice lawyers, we see many people who have been hurt by a doctor’s negligence. These cases are always shocking, but one new study reveals some shocking and disturbing statistics about doctors who repeatedly injure patients and get away with it.

A 2016 study published in the New England Journal of Medicine reveals that medical malpractice claims are brought against the same doctors over and over again.

In fact, just one percent of doctors are responsible for 32 percent of all paid claims, according to researchers from Stanford.

The study looked at over 66,000 medical malpractice cases filed between 2005 and 2014. Researchers found that one out of five of the doctors in these cases were required to pay damages to injured patients at least two or three times during the nine-year span the study examined.

These injuries come at a high cost. There is, of course, a financial cost. Over the past decade, one estimate says medical malpractice claims have cost $24.6 billion.

More importantly, there is a significant personal cost. The patients injured by these doctors must deal with life-changing injuries that should have never happened in the first place. In a medical setting, even a small medical mistake can have life-threatening consequences.

The Common Traits of Doctors Who Injure Patients

Researchers were also surprised to discover the doctors responsible for the most medical malpractice claims shared many characteristics.

Researchers found that 83 percent of the doctors with the most medical malpractice claims were male. These doctors also tended to be older.

Doctors with the most malpractice claims also focused on specific medical specialty areas, such as obstetrics, family medicine, and general surgery.

Neurosurgeons and psychiatrists also had a four times higher risk of a recurring medical malpractice lawsuit compared to doctors in other specialties.

According to one researcher, “Compared to physicians with only one previous claim, a physician who has had three previous claims is three times as likely to have another one.”

Has Your Doctor Been Sued for Medical Malpractice?

If you are worried about your doctor’s competence, or you simply want to put your mind at ease before seeing a physician, you can search a Florida database of medical malpractice claims at the website of the Florida Office of Insurance Regulation.

If you believe your doctor injured you or failed to provide the proper standard of care, call a Jacksonville medical malpractice attorney right away.

Medical malpractice lawsuits have a very short time window in which they must be filed. If you miss this important deadline, your case could be forever barred.

Don’t miss out on the compensation you need to heal. Getting hurt by someone you trust can leave you hurting physically and mentally. There are many steps involved in a medical malpractice case.