Florida has numerous vehicles and semi-trucks on the road at the same time every day. Unfortunately, the chances of an accident with a semi-truck seem to increase each year. Because of their weight and size, these commercial vehicles cause massive property damage, injuries, and numerous fatalities. 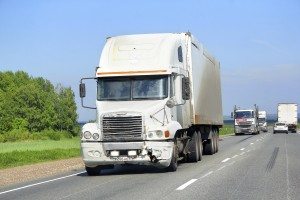 According to the National Highway Traffic Safety Administration, commercial vehicles were involved in more than 270,000 accidents in the United States in 2010.

When you look at the national numbers, however, there were 3,675 people killed in semi-truck accidents for 2010. This number was an 8.7 percent increase from 2009 (when only 3,380 people were killed).

An estimated 7 percent of fatal accidents involved a commercial truck.

There are numerous reasons why a fatal accident may occur, but statistics have shown that certain factors increase the likelihood of a truck accident fatality. These causes can include:

According to data pulled in 2009, it was found that:

The most deadly type of truck accident is a head-on collision, simply because of the weight and size of a semi-truck. Also, underride accidents made up for a large majority of the fatalities in the United States, with rear-end collisions, jack-knife collisions, and catastrophic equipment failures being next in line.

Some of the popular commercial vehicles that are involved in fatal truck accidents in the state include:

But Not All Truck Accidents are Fatal…

Not all semi-truck and commercial truck accidents are fatal, but the injuries are still much more severe than they would be between two passenger vehicles.

The common injuries found in victims in these types of accidents include:

Information to Collect in Your Florida Truck Accident

If you were involved in a truck accident in Florida, there are some details you need to collect (if possible) to help with your accident claim. These details include:

Our team of Florida truck accident attorneys at Hardesty, Tyde & Ashton, P. A. can help you or a loved one get the compensation you deserve after a truck accident. We will first work to identify which parties are responsible for your injuries, including:

Then, we will work hard to prove your case. Whether you need compensation for your medical costs, lost wages or the loss of a loved one, trust in our team of attorneys to be there for you every step of the way.

Call us now to get started with a free, no-obligation consultation regarding your truck accident claim.