Domestic violence charges are serious and can carry many severe consequences. Domestic Violence is not an enumerated crime in Florida but is a term used to describe another crime committed between parties in a domestic setting.

Domestic Violence by definition is any: 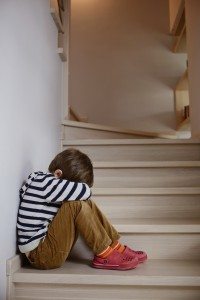 Family or Household Members are:

With the exception of people who have a child in common, the family or household members must be currently living or have in the past lived together in the same house.

How Does a Domestic Violence Case Happen?

Generally, a police officer has to witness a misdemeanor or it has to occur in his or her presence to arrest for the crime. However, if an officer responds to a call of Domestic Battery, then he or she may make an arrest if he or she witnesses physical injuries on the alleged victim.

Due to the emotional nature of domestic situations, the person who calls the police often does not tell the police officer the whole story. For example, many times one party tries to leave a home after an argument but the other tries to physically stop them and is injured.

The injured party may report that he/she was pushed but does not explain that he or she was trying to physically prevent the other from leaving. Many times after emotions settle, an attorney may be able to have charges reduced or dropped.

Normally after a person is arrested for domestic battery they are held without bond until they see a judge at first appearance. Often the State Attorney calls the “victim” for their input regarding the bond conditions.

Another consequence of domestic battery is that the Court is required to sentence defendants who plead guilty to domestic battery to a Batterers Intervention Program which is a 26-week course about domestic violence.  The defendant is placed on probation to ensure compliance with the Court’s order to take the course.

A plea of guilty to a domestic violence charge may also carry immigration consequences if you are not a United States citizen. This is a misdemeanor that is considered a crime of “moral turpitude” and may result in deportation even if you are legally in the United States as a permanent resident.

What Can Happen After a Domestic Violence Case?

If you were convicted of a domestic violence case, then you may struggle with the following in the future:

You cannot risk going to jail out of spite or having a permanent criminal record. If you have been arrested for domestic violence Florida, then you need aggressive, knowledgeable Jacksonville domestic crime attorneys by your side.

Contact the team at Hardesty, Tyde, Green & Ashton, P. A. now for a free consultation. We will protect your rights from false accusations and protect you from the harsh penalties Florida courts impose in these types of cases.