A crime by definition is an offense committed against the State. This means that the State of Florida has to bring criminal charges against a person for violating a Florida law that the Florida Legislature has decided is a criminal offense. 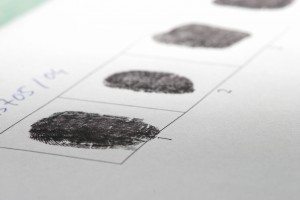 For example is that if Bob punches Joe in the nose, even though Joe was the one who was hit, the crime is against the State of Florida. Joe cannot hire a private attorney to bring criminal charges against Bob. That decision is up to various players in the criminal justice system. Joe may call the police who arrested Bob.

So, with that basic example let’s generally walk through the process of a criminal case in the system.

On the other hand, an officer can always arrest for a felony if he or she has probable cause to believe that the felony occurred and that the person he or she arrests is the one who committed the felony.

Sometimes an officer learns of an incident and instead of deciding whether or not he or she has probable cause to make the arrest, the officer presents the facts of the case to a judge. Then, the judge makes the decision whether there is probable cause for an arrest.

If there is probable cause, then the judge will issue an arrest warrant.

After an arrest, the individual is then booked in jail. The booking process involves fingerprinting, photographing, and performing a background check for any outstanding warrants. The arrested individual will then visit a judge within 24 hours of the arrest. The judge will review the police officer’s arrest report and determine whether or not there is probable cause for detainment. If the individual is entitled to a bond, then one will be set.

The Difference Between Felonies and Misdemeanors

For a felony case, after the judge determines whether to set a bond or whether there is probable cause for detainment, then the case is passed along for a court date in Circuit Court. If you bond out, then you and your attorney will appear in court on the assigned date. However, if you remain incarcerated, then the Sheriff will bring you from the jail to the courthouse for your court date.

A misdemeanor arrest is a little different. If the Judge at First Appearance is the Judge who will be assigned to handle your case, then he or she may allow you to enter a plea of guilty or no contest and dispose of your case.

What Happens between First Appearance and Arraignment?

Arraignment is your first court date after you have been charged with a crime. Usually, your attorney is given the “Information” which is the legal name for the charging paperwork. You then enter a plea of not guilty, guilty or no contest to the charges. Often a plea of not guilty is entered to allow you to investigate the evidence against you. This investigation is called the discovery process.

From the most severe to the least severe crimes in Florida are listed as follows:

We Understand Criminal Law and How to Defend Our Clients

When someone is faced with criminal charges, they need a law firm that understands how to navigate the complex criminal justice system here in Florida. We provide our clients with legal counsel, advice, and your best interests are always at the forefront of our operations.

Please contact one of our Criminal Law attorneys for details regarding your case.